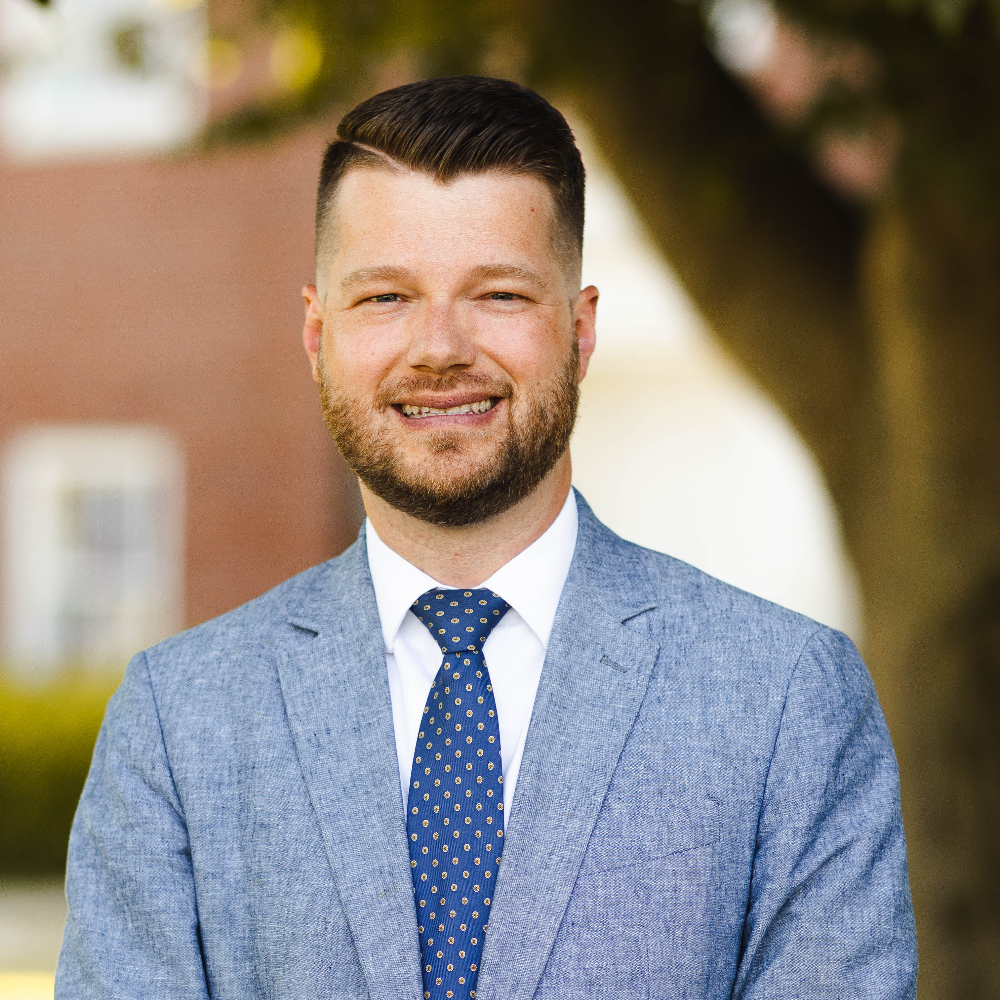 Tyler Flatt was born and raised in Ontario, Canada. A classicist by training and inclination, Flatt has studied and taught the history, culture, and languages of ancient Greece and Rome at both Canadian and American institutions. He is passionate about making more of the treasures of this ancient inheritance familiar and accessible to contemporary audiences, and is dedicated to the conservation and ongoing interpretation of the Western classical tradition.

At Boyce, Flatt teaches courses in the Humanities Program focused on the Western tradition, especially literature: Great Books (I & II), Studies in Literature (with a rotating focus on Dante, Milton, Shakespeare, and others), World Literature, Latin I-IV, Classical Education, English Composition, and with his friend Dr. Baise, Friendship and the Christian Life.

His research interests include epic poetry (from Homer to the biblical epics of late antiquity), Greek and Roman historiography, Renaissance and Reformation-era humanism, “active” Latin pedagogy, and 17th-century England. He also enjoys learning about the medieval North and American history, and enthusiastically supports the current revival of interest in classical education in the United States and Canada.

Flatt’s work has appeared in The Classical Journal, Classical World, The Classical Review, The Journal of English and Germanic Philology, and Vigiliae Christianae. Current projects include an edition and translation of Erasmus’ Annotations on the Gospel of John for the Collected Works of Erasmus, studies in Latin biblical epic, and collaboration on a new anthology of prayers from church history. Flatt also hosts the Daily Dose of Latin, a video series devoted to short explanations of passages from the Vulgate, the Latin Bible of medieval Europe.

He is married to his best friend Liz, and when he is not reading or writing he likes to fish.

What I love most about teaching at Boyce College is that this entire campus—faculty and students—is united around a single, character-shaping, God-glorifying vision of Christian education. And it’s a vision worthy of deep commitment.

Our Humanities students go on to pursue careers in a really wide variety of fields—everything from journalism, academia, and consulting to management and government service.

What makes the Humanities degree at Boyce College distinct?

The Humanities degree at Boyce is distinct for two qualities especially: 1) its holistic vision and 2) the flexibility it affords our students. When combined with Boyce’s core Biblical and Theological Studies classes, our program is designed to be training for all of life; it is designed to teach our students to discern and apply the very best of the Western tradition of literature, philosophy, and history to every facet of their lives, and to equip them to interpret and articulate complex ideas winsomely and persuasively. It also affords more elective choices and minor options than any other degree program, which many of our students find to be a great advantage.