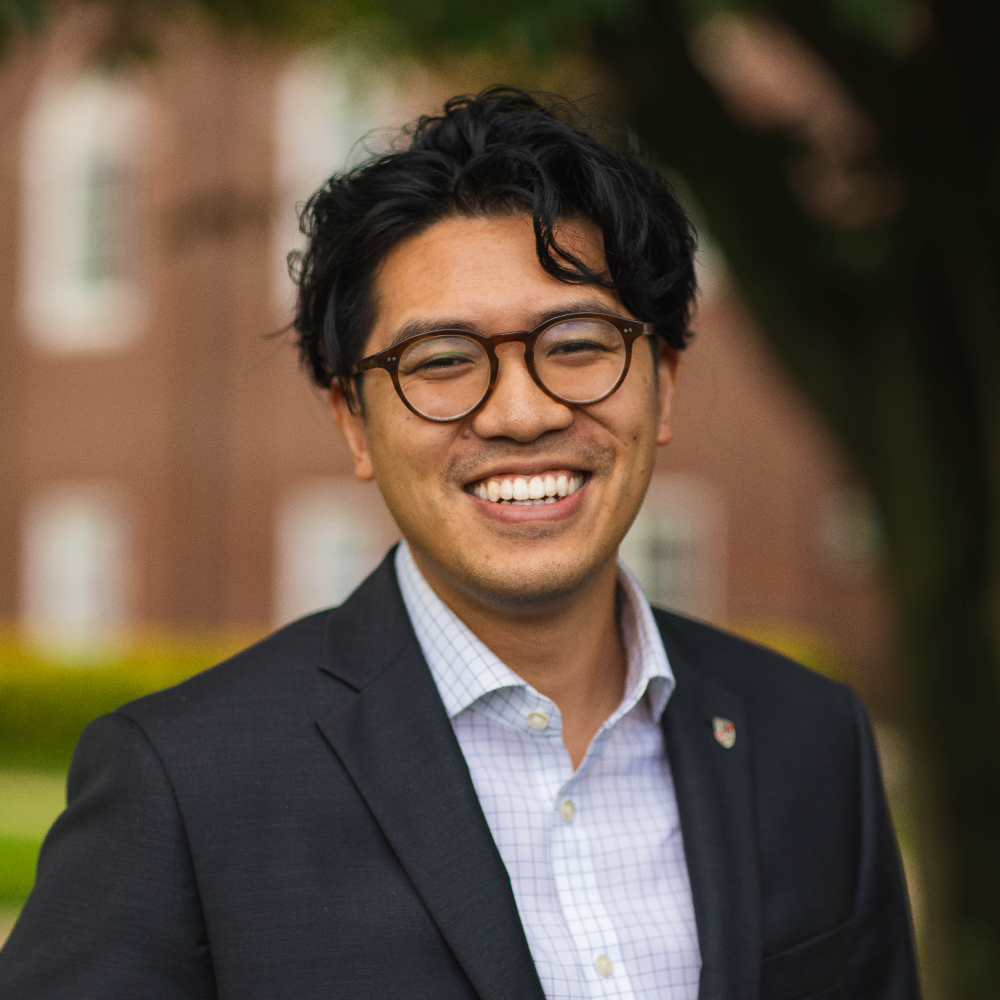 A transplant from Arizona, Kha Do has called Louisville, Kentucky home since 2012. He earned his Master of Divinity from Southern Seminary and is completing his Ph.D. in Christian worship and biblical counseling. He previously taught as an adjunct professor at Boyce where he led the Dorm Meeting Band, mentored musicians, and produced several recording projects for the Institute of Biblical Worship. Do has also led the Norton Hall Band at Southern Seminary. Prior to joining Southern, he served as an associate worship leader and led worship for a number of churches and conferences. Aside from music and leading worship, Do’s interests range from ﬁlm, photography, gardening, and coffee snobbery. He is married to Melanie and they have a son, Ellis Dinh.

I love the creative community of students and faculty learning from each other. Knowing that what happens in the classroom will ultimately impact the kingdom of God makes teaching each day so encouraging.

Students who come through our program are leading Christ-Centered worship in churches all around the country. Others have found their calling in the academy teaching music to children and adults.

The worship and pastoral studies and worship and music studies degree are distinctly ministry equipping degree programs. Students will not only receive the highest quality music education, they will also receive robust theological training that prepares them for a life of ministry whether that is in the local church, mission field, or academy.