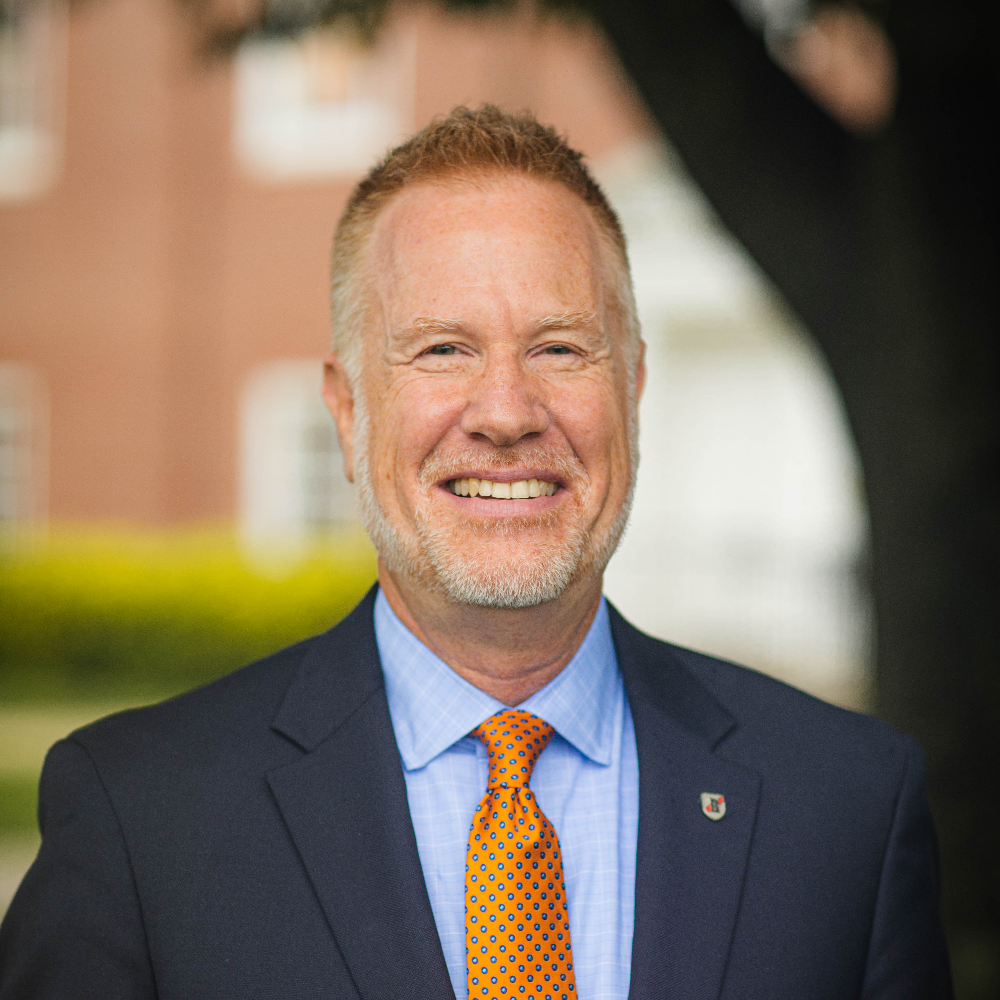 Jeff Hunter serves as Dean of Students overseeing the staff, shepherding the campus community, and leading the student leadership team. He also serves as Assistant Professor of Christian Ministry.

Jeff was born in Indianapolis but grew up just across the river from Cincinnati in Northern Kentucky. He moved to Alabama in 1982 to attend Samford University where he met his wife Stephanie. They have been married for 35 years, have three daughters, two sons-in-law, and three grandsons and two granddaughters. Jeff has been pastoring since 1985 and came to Boyce College in 2016 from the Gulf Coast of Alabama where he served as senior pastor since 1999. He and Steph, are members at Clifton Baptist Church in Louisville where he serves as an elder.

Boyce College educates students from the biblical and historical foundation established in its shared theological Confession with the Southern Baptist Theological Seminary. We are unique in the world of Christian higher education in that the faculty and Student Life team, I have the joy to lead as Dean of Students, work together within and beyond the classroom to educate, disciple, and counsel our students to flourish – there really is no place like Boyce College.

My primary area of teaching is Christian ministry, so my classes are made up of men and women preparing to serve their local churches in a variety of ways, including: pastors and associate pastors, youth ministry, children’s ministry, women’s ministry, family ministry, biblical counseling, and discipleship. Regardless of what they end up doing, our goal for all of our students is to be useful servants within their local church.

Boyce College values the role of the local church in shaping our students into useful and faithful ministers of the gospel. Therefore, along with receiving an outstanding and rigorous education in Christian ministry within the classroom, we anticipate each of our students will invest in and be shaped by living life in their churches. The Boyce and Southern community is represented by faculty, staff, and students within a large and diverse collection of churches in the greater Louisville area. Our students will not only graduate with the highest quality of biblical and theological training, they will also be passionate about the Body of Christ in a variety of local expressions and in every context the Lord may lead them.